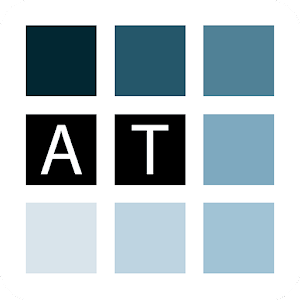 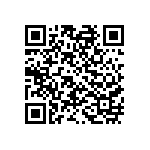 Articuloud is a Text-to-Speech (TTS) Augmentative and Alternative Communication (AAC) aid which can assist you to speak in your native language, by generating speech based on the text you enter.

Articuloud is ideal for people who have good cognitive abilities and written language skills, but have lost the ability to speak, due to a physical impairment such as Motor Neurone Disease/ALS, Cerebral Palsy, Stroke, Head and Neck Cancer or a Head Injury.

Articuloud is the first TTS system to be fully multilingual within a single app, and this is achieved by using a third party native language keyboard and voice.

Third party keyboards such as SwiftKey allow you to change the input language of Articuloud.

Then by using matching native language system voices such as the CereProc or Acapella voices,

Articuloud will output speech in the native language.

Articuloud also works with Android Supported Voice Banked Voices such as ModelTalker, (http://www.modeltalker.org/) allowing you to speak in your own voice.

Articuloud saves your phrases for quick access, and retrieves them as you type for quick and efficient communication. Additionally phrases can be location tagged, to speed up finding the right phrase in a particular location.

Articuloud has a privacy mode, which, when enabled will stop phrases being saved locally or online, ensuring as no sensitive information is saved.

Included with the app, is a free online Articuloud account linked to www.articuloud.com.

The Articuloud app will automatically back up your phrases, in the background, to your individual Articuloud account. This enables you to access all of your communication on another device through the Articuloud Website.

* Text to Speech AAC Aid
* Native languages when additional language keyboards and voices are installed
* Supports Android Compatible Voice Banked Voices, Such as ModelTalker
* Phrases are saved locally
* Local phrases backed up automatically to a free online Articuloud Account
* Switch Accessible
* Play and Stop buttons for complete voice output control
* Privacy mode to stop sensitive phrases being saved locally or online
* Can be paired with a bluetooth speaker
* Can be used with an external keyboard

Full Instructions can be downloaded from:
http://www.articuloud.com/instructions/Articuloud_Android_Instructions.pdf 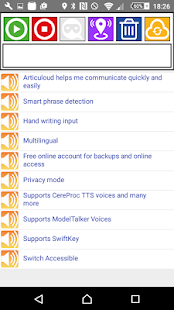 
Back to top Back to home
Follow @Android Medical